One of the symbols of 2014 was the green smoothie, and more and more people and well-known celebrities have been turning to the vegan kind of lifestyle, some of them claiming that the plant-based food is helping them stay healthy, youthful and all-natural.

This type of lifestyle and especially the vegan diet sounds very healthy indeed but the real question some people are asking themselves is – “How safe is it in the long run?”

First of all, we need to delve into what vegan and veganism truly mean. The vegan is a follower of veganism which is a way of life in which the person avoids all kinds of animal products (not only food but clothing and other products too). 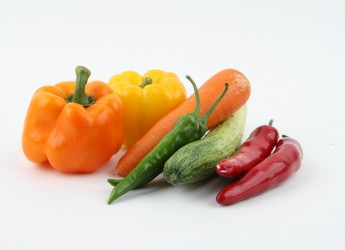 The ethical side of choosing to avoid meat, skin and other animal products is perfectly reasonable, but to avoid eating what the humankind has been feeding on for ages can not be considered the best healthy choice.

Humans are omnivores by nature, which means we are “all-eaters” and we eat both plants and animal-based foods. So, the theories which vegans have been supporting that these animal based foods are actually harmful for humans doesn’t sound right, or we wouldn’t have survived as a species since ancient times, when our prehistoric ancestors first started hunting and gathering their food.

Thus, several of the recent theories that meat and animal base foods are the reasons for all the worst diseases and health problems in the world cannot be considered a valid argument. Many followers of the veganism idea claim that it is the meat, the dairy and eggs which is causing the “plague” of the 21st century: obesity, diabetes type II, heart disease and all sorts of related illnesses and cancers.

But here is the first problem with this theory – how come these diseases and deadly health conditions have appeared relatively recently after thousands and thousands of years of humans living on meat, eggs and dairy products if these products are what has been provoking them in the first place?

There have been numerous studies which have attempted to find the answer to the question whether veganism is right or wrong. The truth is that several big and very serious studies involving people from the US and Europe have been performed in the past five years, and neither the Harvard study of the effect of consuming red meat on developing diabetes and coronary disease involving more than 1.2 million people, nor the European study of over 440 thousand people of the relation between the consumption of meat and mortality from 2013th found any correlation proving that the meat causes these health problems or increases the risk.

There are claims which some vegans are making that meat and other animal-based products are the main reasons for the problems associated with obesity or that in other words meat makes us fat. Well, given the success of the high protein diet regimens being followed by hundreds of thousands of people around the world this theory is very hard to believe.

Actually, high protein diets help boost the human metabolism, and actually promote weight loss, especially if the meat is lean and the dairy is low in fat content. The higher the quality of the protein the better it is for boosting the metabolism. 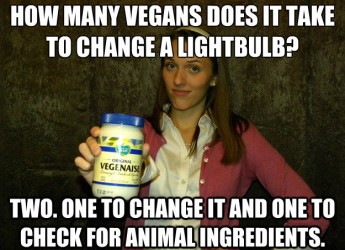 Another argument often given by vegan supporters is that cholesterol in food is bad for the health, but in fact there are a number of studies which show that the cholesterol in food, such as in eggs, has little or no effect on the cholesterol levels in the blood of most people. If there is such an increase, it is usually cause by the so-called “good cholesterol” rather than the “bad cholesterol” which causes heart problems and other dangerous health conditions. The idea which was so popular in the last decades that certain animal based products such as eggs and bacon are bad for the cholesterol has actually turned out to be false. This theory has been officially refuted as it has been announced that the US Government will officially be withdrawing the longstanding warnings about foods with high cholesterol – via the “Dietary Guidelines for Americans” which is officially renewed and released every five years by the US Department of Health and human services along with the Department of agriculture. The latest studies have concluded that saturated fat helps increase the “good cholesterol” and that there is no correlation between the consumption of normal quantities of saturated fat and heart disease.

You may have heard the theory that low carb diets are harmful and dangerous, which is one of the main arguments given by vegans who are looking for ways to defend veganism. But, the fact according to a large number of studies is that the appropriate low-carb diet can help not only the weight loss process, but along with that help improve the good and bad cholesterol levels in the blood, reduce high blood pressure and lower the blood sugar levels as well.

A number of other arguments given by vegans who are defending their choice of leaving animal-based foods out of their diets include the claims that the vegan diet is actually beneficial to the health, and on the contrary – that eating meat and especially red meat can lead to getting cancer.

Regarding the first part of this argument, it is possible that people who follow veganism are healthier than others, but this is because in general vegans are likely to be more health aware, and will tend to eat all organic foods, stay away from the harmful and processed ones and avoid other harmful foodstuffs, snacks and beverages in general. The reality is that even if you eat meat and other animal based products, you can still be healthy if you choose healthier foods and stay away from the harmful ones as well.

As for the red meat and cancer theory – this can be partly true, but it is not because of the meat but rather of the way this meat is prepared and consumed. The fact is that burnt red meat could cause some carcinogenic substances to appear or grow, and so do processed red meat products as well.

On the contrary, if the red meat is unprocessed and cooked gently, it causes no increase of risk for the development of cancer.

Even though dairy and milk is not absolutely compulsory for ensuring the health of the bones, as our parents used to tell us when we were kids, it has been scientifically proven that these products do not cause harm or weakening of the bones, and are one of the top healthiest foods to enjoy for healthy bones, especially for females before and during puberty and during and post menopause.

The majority of vegans truly believe that they can naturally get all the essential nutrients for their bodies from plants and plant-based foods, and even though most plants are rich in vitamins, minerals and other essential nutrients, it is clear that some nutrients cannot be derived from plants. Some of these essential nutrient are Vitamin D3, Omega 3 DHA’s and Vitamin B12, for example. In fact there are studies which show that nearly 85% of the vegans who participated in the study had a Vitamin B12 deficiency, nearly 75% had Vitamin D deficiency and nearly 60% lacked sufficient levels of Omega 3.

In conclusion, we can say that whether people choose to eat a low-fat non-animal based diet, a low-carb diet or both, they still can be healthy if they choose fresh unprocessed foods and prepare them in appropriate ways. 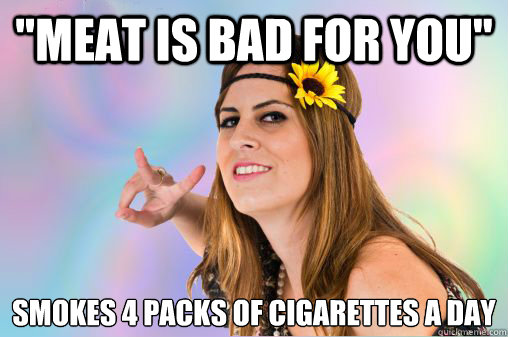