While more people are becoming aware and careful about what they are eating, taking “clean eating” to drastic levels and removing all “bad foods” from the diet will neither make you healthier nor leaner. 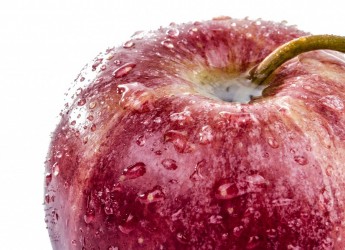 The main flaw of the theory of “clean eating” is that there is no exact and single definition of what clean eating means. For some people like vegans for example “clean eating” can mean taking all animal products out of their diet, while for others who are on a high protein diet or a low carb diet, meat and animal products would be considered “clean”. A prime example of how “clean eating” has been changing overtime, is the fact that from the 1970’s butter and other saturated fats were considered a definite “no-no”, and just recently the theory of butter being considered bad as opposed to margarine has been totally reversed by the latest scientific findings.

In any case, taking out one or more food products out of your diet completely is not scientifically proven to have a possitive effect on your health, and living under such limitations could in fact be considered irrational and unhealthy in the long run.

In fact, except for the cases when a medical condition requires that certain foods be limited or excluded from the diet, there are no universal “bad foods”. The actual problem with certain types of foods which some view as “bad” usually is overeating and an increase of the calorie intake. The opposite – malnutrition and deficiencies though can be caused by the lack of certain food groups in your diet and can be as equally unhealthy and dangerous for your health.

Naturally, if you eat more calories than you spend, you will eventually gain weight, but there are no foods which specifically cause this weight gain, much rather it is actually the excess consumption and not the food itself which causes the problems.

So remember – it is not the food that is fattening, it is the overconsumption of food which leads to gaining weight and related health problems.

Of course, if you suffer from celiac disease and gluten intolerance, you should avoid gluten, but for other people it has not been scientifically proven to be harmful in any way.

Also, it is common sense that if you are allergic to peanuts, you should stay away from peanuts, but this is normal and in many cases could be a life saving choice for removing certain foods from your diet entirely.

The different food associations and ranking systems of grading nutrition and foods have different views on which food is nutritious and which are not so much.

For example, there is no clear definition of what exactly a “processed” food is, and whether certain processed foods such as whey protein are not healthy and shouldn’t be avoided.

Also worth noting is the controversial subject of how harmful genetically modified organisms (GMO) are for humans and the fact that this has not been scientifically proven either.

True, certain foods are much more nutrient-dense than others, but once again it is the quantities consumed that can cause the damage to the health and hinder the functioning of the body.

So, in conclusion – the truth to a healthy diet is balanced and controlled eating of various foods which provide all the essential nutrients for the proper functioning of the body, and sufficient calories for the necessary energy to function properly.

More fitness enthusiasts are taking a stance against the idea of “clean eating”. One such example is this gentleman who claims that the idea of clean eating is simply a scam, which is promoted by doctors, nutritionists, coaches, etc. He even goes as far as calling it an eating disorder.

Once again, it is all about eating a balanced diet and in moderation.