With the growing concerns with child and adult obesity and all the health concerns related to it, it is becoming clear to a number of medical and nutritional experts that sugary, fatty, salty and highly processed foods can actually cause an addiction similar to alcohol, drug and nicotine addiction.

There are certainly some close similarities between food addiction and other types of addiction which have long been considered a serious psychological and overall health threat.

One of the similarities is the food reward which junk food gives. People often tend to snack on or even binge on unhealthy sweets, snacks and other high caloric foods when they are depressed or in order to get a “quick high” feeling. 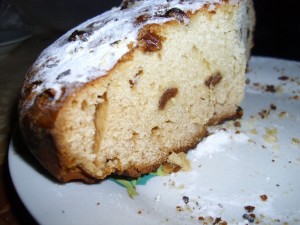 When a human eats, the brain releases dopamine, which sends out a pleasure signal to the body. This reward system causes us to want to feel this pleasure again and again. This is the major cause for all types of addiction, including food addiction. Although this is a survival mechanism, which is one way to stimulate the survival of the species, it can be over-stimulated and this is when the problems arise.

With the easy access to all kinds of unhealthy and “rewarding” foods and snacks, it is becoming more and more difficult for a large number of people to stay away from this “easy fix.”

The same goes with drugs, such as cocaine and heroin for example. The dopamine rush makes the body crave more and more.

The problem with this brain reward system is that the dopamine release resulting from eating healthy real food is quite smaller than the release of this pleasure hormone when eating ice cream and chips for example.

Sugar acts like morphine and cocaine on the human brain which is why many people have a problem limiting its intake.

Another similarity between junk foods and illegal drugs is that they can cause true cravings which are very difficult to resist and overcome. The problem with food cravings is that often they are mistaken as hunger. But the truth is that the two feelings are very different.

Hunger is a feeling resulting from a very intricate set of signals and processes created for the sole purpose of keeping a purpose alive, by pushing him or her to consume the necessary nutrients for body functioning and survival.

Cravings for food are more of a desire of the brain for more rewards and pleasure.

These cravings for junk food are very similar to cravings for a cigarette, another drink or for another “fix.”

While the theory for the existence is relatively new, some medical studies have been performed to prove that it actually exists. For example, MRI brain scans have shown that the flow of blood to certain brain centers changes when junk food is being craved, the same way as when the human is craving for nicotine or for drugs.

As with drug addiction, the reward system of the brain develops a tolerance effect when more and more junk foods are being consumed. This mechanism of reducing the dopamine receptors in the brain to cope with the over flooding when eating more and more unhealthy foods causes the unhealthy and even dangerous abuse of foods and drugs. This is because the brain becomes tolerant to larger dose intake, and keeps releasing the craving signals for more and more.

This is the biological explanation to why drug addicts find it hard to quit and need more and bigger doses of their drugs, and is the possible explanation for why many food addicts binge on junk foods.

Also, as with drug addicts, it is found that people with food addiction can easily “switch” from one pleasure stimuli to another. In other words, food addicts can possibly switch to drugs in order to cope with their cravings.

Studies of this phenomenon have been performed on lab animals, but the researchers are convinced that the same is valid for people as well. It is a sad fact that many people who are former drug addicts, heavy smokers or alcohol abusers turn to junk food and become food addicts to cope with the reward cravings.

Since drug addiction has been a serious threat to society for decades, there have been a number of various treatments and medications which are used for fighting these addictions.

It has been found that such medications can be successfully used to resolve problems with food addiction as well. One example of such a medication is Contrave, which is an anti-depressant and anti-addiction drug now approved as a successful medication for weight loss as well. It works by affecting the neurological pathways in the brain and reduces the cravings for drugs and for junk food.

As with drug and alcohol addiction, food addiction can lead to withdrawal symptoms, when the consumption of junk foods and other unhealthy foods is limited or halted.

When a person who is addicted to food goes on a diet, the withdrawal symptoms can include: irritability, fatigue, headaches, cold sweat, mood swings and other symptoms very similar to drug withdrawal.

The problem with food addiction is that people who suffer from it are addicted to the unhealthy food, and it is a fact that overconsumption of junk food can lead to obesity, diabetes type II, metabolic syndrome, sexual dysfunction, heart disease and a number of dangerous and even fatal medical conditions.

Although the fact that junk food is unhealthy is common knowledge, especially to adults, people suffering from food addiction will continue eating it and binging on it, very similarly to people who abuse drugs, alcohol and cigarettes, even though it is common knowledge that they are unhealthy and dangerous. This is the problem with addictions – they are difficult to control and overcome.

Food addiction cannot be tested medically with a regular test, but rather it can be diagnosed by testing behavioral symptoms. One great example of a food addiction behavioral test is the Yale food addiction scale. It clearly shows the most recognizable symptoms of food addiction, many of which can easily be used for testing for any other type of addiction.