The Guarana seeds are a common ingredient in the natural sexual enhancement supplements and come from the fruit of Guarana (Paullinia cupana), which grows in the area surrounding the Amazon River. 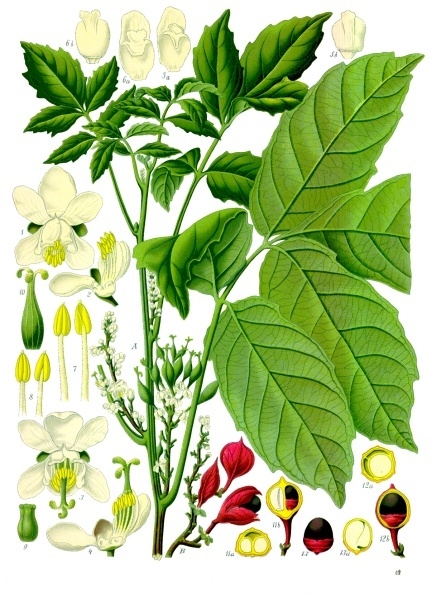 The seeds of this fruit are popular natural aphrodisiacs in Brazil and the other countries in the area.

Guarana seeds contain guaranine, which is a potent stimulant and has twice as much caffeine than that in coffee beans. Today, Guarana is a popular compound of some powerful energy drinks and party pills, but is also a common ingredient used in natural sexual enhancing substances and aphrodisiacs. Guarana seeds contain high levels of alkaloids and tannins, which too boost the stamina and the sexual desire in both men and women.

The guaranine stimulant causes a boost of energy and sexual stimulation, which stays for a longer time, than the stimulation from coffee for example. So the effect of Guarana seeds on human sexuality is more a result of the burst of energy it gives to the body, rather than by actually stimulating the sex hormones.

Guarana seeds can also be used to fight off fatigue, exhaustion and other similar conditions. The caffeine in Guarana seeds also increases the mental alertness and is beneficial for cognitive development in humans.

There is another component found in Guarana seeds, which is considered to have aphrodisiac properties, and it is a greenish fixed oil found in the seeds.

Supplements made from Guarana seeds are recommended for men suffering from sexual dysfunctions resulting from depression, as well as for all men and women who are looking for a libido boost and a more powerful sexual experience.