The popular Mediterranean diet refers to the typical diet of the people from 16 countries on three continents in the Mediterranean Sea region. Because of the large variety of cultures living in these countries, the diet is also a multicultural one as well.

The Mediterranean diet was introduced as a term back in 1993 at a conference in Cambridge, MA. Based on the longevity and general good health (fewer instance of chronic diseases) amongst people from Greece, Crete, Italy, etc. this diet was used as an example of a gold standard dietary pattern food pyramid, which is still been used today. At the base of the pyramid is what a person must mostly enjoy: socializing with others (by eating with them) and staying active, the next most important level includes locally and naturally produced and non-processed/fresh vegetables, fruits, nuts, olives, olive oil, beans, whole grains, legumes, seeds, herbs and spices (these should be eaten on a daily basis – several times a day). The next level upward the food pyramid includes fresh fish and seafood, which should be enjoyed a couple of times a week. Above it are the poultry, eggs and dairy products, and at the top of the pyramid is the red meat and sweets. By the side of the pyramid there is a sufficient amount of water, and lesser red wine (in moderation). 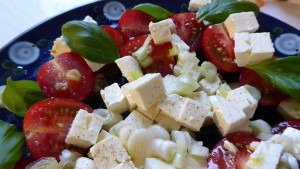 As a whole, the diet has been promoted as beneficial for: brain function, against dementia, obesity and metabolic syndrome, it has also been found to decrease the risk of developing breast cancer and stomach cancer, great for reducing bad cholesterol levels, and for keeping the cardiovascular system healthy, the Mediterranean diet also has been found to reduce the risk of Parkinson’s, rheumatoid arthritis, for the eyesight and improves the person’s fertility and their baby’s health.

A wide variety of studies have been performed worldwide, in order to find the correlation between the Mediterranean diet and health benefits, such as: lowered risk of cardiovascular disease, obesity, diabetes Type II, depression, anxiety and many more.

The fact is that for decades, the Mediterranean diet has been cited as one of the healthiest diets around, and has even been recommended by the American Heart Association as a prevention of heart conditions and cardiovascular disease

One famous study of the health effects of the Mediterranean diet, the PREDIMED study included 7447 people who were at high risk of developing cardiovascular disease. They were subjected to three different diets, one of which was the typical Mediterranean diet with more olive oil added, the other was the Mediterranean diet with added nuts and the third one was a low-fat diet. This diet was applied for nearly five years, and the results showed that the risk of suffering a heart attack and stroke, or of a death related to cardiovascular disease decreased for those subjects who were instructed to follow the two types of Mediterranean diets (with more nuts and with more olive oil). The risk was lowered by 30% for those who ate the extra olive oil and by 28% for the group with the extra nuts added to the Mediterranean diet. The results also showed better health results for people who suffered from high blood pressure, obesity and lipid problems and who had followed the Mediterranean diet. The study also found that these results were valid mainly for the males in the study groups. The women’s health was not so significantly affected.

Further study of the PERIMED subjects also showed that those who had eaten the Mediterranean diet with extra nuts had most successfully reversed their metabolic syndrome condition.

Other follow ups of the health effects of the diets in the PERIMED study groups also revealed that the groups who followed the Mediterranean diet regimens showed improved oxidized LDL levels as compared to those in the control group who were instructed to follow a low fat diet. Plus, the risk of developing diabetes type II in the former two groups was significantly lower than that for the subjects in the latter group. 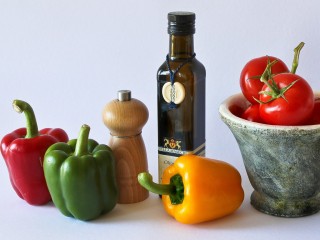 Five years a follow-up was performed of the PERIMED subjects, and the results showed that those who had followed the Mediterranean diet with the added nuts were at the lowest risk of cardiovascular and cancer death as compared to the others.

Another study including subjects who had suffered heart attacks and were split in two study groups one of which followed the Mediterranean diet with extra Omega-3 supplemented margarine, and the other to follow a typical Western diet for four years, concluded that those who ate the Mediterranean diet were 72% less likely to have suffered another heart attack or died from cardiovascular disease as compared to the subjects who followed a Western-style diet.

A study involving 322 people who suffered from obesity and who were divided in three groups – one following a Mediterranean diet, the other a low-fat, calorie restricted diet and the third a low carb diet concluded that those in the first group lost the most weight on average, followed by the people on the low carb diet and the least weight was lost by the subjects on the low-fat diet.

A similar study, concluded that subjects who were obese and had recently been diagnosed with diabetes type II who were asked to follow a low carb Mediterranean diet significantly improved their health and reduced the need for diabetes medication as compared to the other study group which was asked to follow a low-fat diet for four years.

Recently, an Australian research began of the possible positive effects of the Mediterranean diet on major depression too. Since it has not fully completed, we can only hope that a correlation is found, and that the Mediterranean diet will be able to partly and why not completely replace the immense amount of antidepressant pills and other depression-related medication used worldwide.

All of the 200 participants in the study have already been diagnosed with depression. One of the control groups will be fed on a Mediterranean diet, with food which has already proven to positively affect mental health, such as: omega-3 fatty acid containing foods, such as salmon and sardines, and other marine fish. Fish, poultry and eggs can be eaten several times a week. Another component of the Mediterranean diet which they will be keeping are: Folate-containing leafy green veggies, raw nuts and whole grains plus lentils and beans. The control group will be asked to eat dairy, mainly: Greek yogurt, and lower fat cheese such as feta or goat cheese. As with the original Mediterranean diet, during this experiment the intake of salt, refined sugar and saturated fats are limited, so is the consumption of red meat.

According to the doctors and dietitians, because of the fact that the Mediterranean diet consists of fresh vegetables and fresh seafood or poultry all cooked and garnished with olive oil, herbs, spices and beans, plus fresh seasonal fruits for desert, it has a positive impact on mental health, reduces stress and depression.

The main goal of the research is to find out if people with depression can alleviate their condition by following this healthy diet.

This diet has also been recommended for year for: obesity, diabetes, arteriosclerosis and cardiovascular problems. 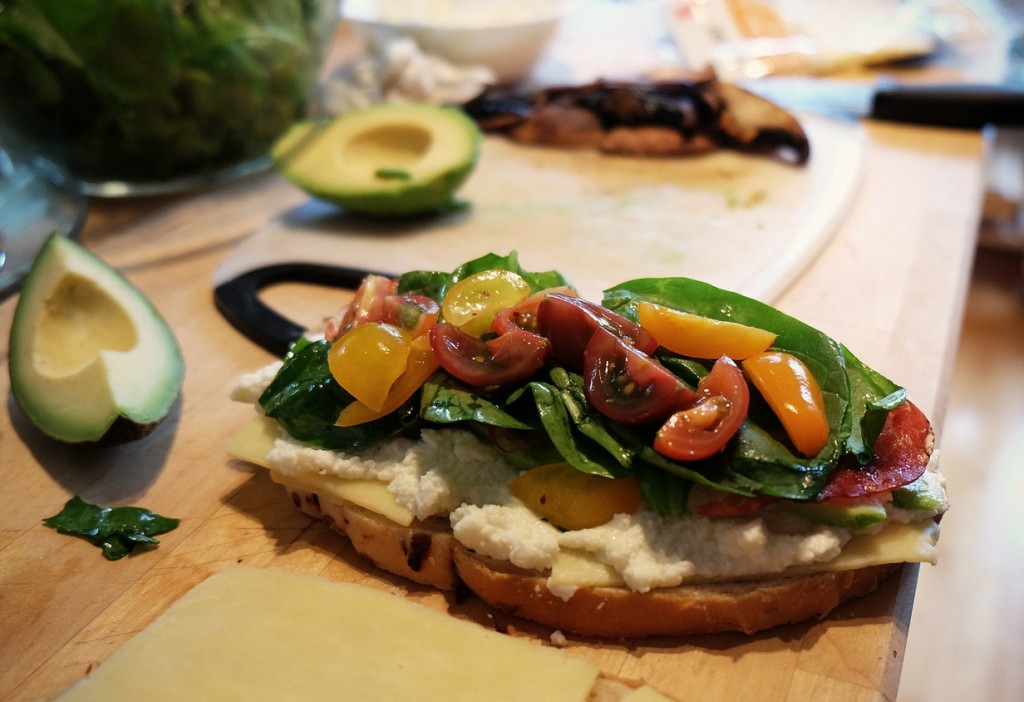