In this day and age of stress and living unhealthy lifestyles in a fast paced, career driven society, one of the most common conditions which people tend to suffer from is fatigue. In some cases, fatigue can be caused by jet lag, extensive recreation or boredom or even by depression and other mental or physical diseases.

Fatigue is generally known as a feeling of tiredness and can be physical or mental.

The obvious solution for fatigue is getting sufficient rest or sleep, but in todays hurried world, this is sometimes impossible, so people and doctors are looking for solutions to resolve this common condition of the modern age.

There are some natural remedies which are known to help relieve fatigue.

Unlike certain short-term solutions for fatigue such as caffeine, energy drinks, sugar or stimulants, the natural herbal remedies which can be used to fight fatigue are long-term and address the actual underlying cause for this condition.

After being taken in the recommended dosage and for the recommended time period, they could lead to an overall increase of vitality and stamina and an improvement of all the other bodily functions as well.

Typically, the natural remedies for fatigue should be taken for a period of at least six months with a week’s rest following every three weeks of intake.

One of the most popular herbal remedy for fatigue is Medicago sativa (alfalfa) – also known as lucerne and typically used as fodder. Alfalfa is a natural remedy for the improvement of the mental clarity and the overall mental wellbeing, as well as for boosting physical strength and stamina. So, alfalfa when used in the proper form and dosage will improve the symptoms of both mental and physical fatigue.

Another proven natural remedy to fight off fatigue is milk vetch, also known as Astragalus and is part of the legume family. Milk vetch is a traditional herbal remedy used by the ancient Chinese to help cure and sooth various health conditions and issues, to fight viruses and boost the immune system. Alone, or combined with ginseng, Astragalus is known to relieve and diminish the symptoms of fatigue.

Cordyceps is actually a type of fungi, traditionally used in Tibet for increasing the strength and stamina and for fighting fatigue. This is another excellent herbal remedy for this condition. Cordyceps will also improve the overall functioning of the body and will improve sleep.

Panax ginseng is another popular herb which apart from all its other positive effects on the human body and health is also known to relieve stress, improve vitality and stamina and thus improve and resolve fatigue. 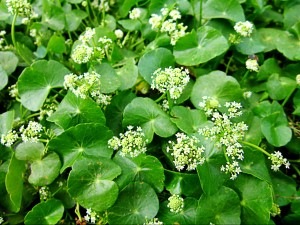 Some recommend Gotu kola as a natural remedy for fatigue. It is an herb originating from Asia and Oceania, which has a strong anti-stress effect. This herb improves the cognitive function and strengthens the body, which makes it an excellent natural remedy both for physical and mental fatigue.

Licorice root has traditionally been used as a natural remedy for adrenal fatigue, which is generally caused by hormonal imbalance of the adrenal gland. Licorice root will boost the energy levels and will help balance the hormonal production and release, in order to relieve the symptoms and causes of the fatigue.

Another one of the natural and easy-to-find home remedies for fatigue are oats. They help diminish the fatigue, resulting from overindulgence in alcohol or drug use as well as sexual or other activities. Oats help relieve both mental and physical fatigue and actually improve the body strength as well as the cognitive functions at the same time.

So, next time, you are suffering from fatigue, don’t rush to get another coffee or energy drink, but rather think about taking some of these natural solutions to fight away this condition.