Since ancient times, people have been looking for ways to naturally resolve different health problems with different plants, herbs and spices.

Today, the situation is unchanged, and further studies have found that herbs and spices may actually offer yet more health benefits, such as preventing diabetes, heart disease and cancer. 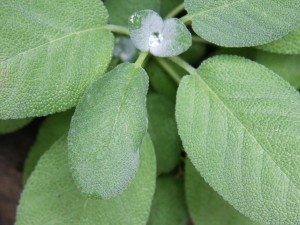 Some herbs and spices are recognized as excellent sources of antioxidants, including cinnamon for example. Other herbs and spices such as turmeric, garlic, chili peppers, basil, thyme, oregano, rosemary and others offer unique health promotion as well.

Some scientists and nutrition experts claim that the benefit comes mainly from the polyphenols in the different plants. With its anti-oxidant effect, cinnamon can actually help resolve inflammations, and thus decrease the risk of developing cancer or heart disease.

According to other nutrition experts, the herbs and spices can also make up for that extra salt, sugar, fat or extra calories which we are all advised to avoid in order to stay fit and healthy. So seasoning can make up for the salt and added sugar without causing the food to lose its taste. Tastier food is more likely to keep us satisfied and thus reduces the risks of overeating caused by eating bland food. Chili peppers naturally boost the metabolism and help the fat-burning process.

Of course, it is important to consume the spices and herbs while they are at their peak, so that they offer maximum benefit.

So, here are a few of the top healthiest spices and herbs you should be adding to your meals and beverages:

As stated above, cinnamon is among the top healthiest spices. It is a popular spice, which can be found in a number of recipes especially for baked goods.

The cinnamaldehyde in the cinnamon is a powerful anti-oxidant and helps resolve inflammations, lower the bad cholesterol levels in the blood and the triglyceride levels in the bloodstream as well. One of the biggest health benefits of cinnamon is the effect it has on blood sugar levels. It will lower the level of blood sugar by actually slowing down the digestion process and the breakdown of carbs in the intestines. In fact, cinnamon can lower the blood sugars by up to 29% in people suffering from diabetes.

For getting the most of cinnamon, you should take about 0.5 to 2 teaspoons of the spice every day. Some great ideas for consuming the cinnamon are to add a couple of tablespoons to your breakfast oatmeal, or sprinkle it on your ground coffee before brewing it, or in your hot cocoa or latte if you prefer those beverages.

Peppermint is also a natural cure for resolving nausea and Irritable bowel syndrome pain, especially the peppermint oil, which relaxes the colons and helps with the pain management and with abdominal bloating, associated with IBS. Peppermint has been used for ages as a natural medicine, as well as for aromatherapy sessions.

Ginger is another spice which you should keep in mind when looking for the leading healthy spices and herbs. It is known to very successfully manage nausea caused by morning sickness, sea sickness and even as a side effect of chemotherapy. Plus, ginger is known to have anti-inflammatory properties, and can help for pain management in the abdominal region. A study of people who were at high risk of developing colon cancer found that 2 grams of ginger daily decreased the tumor markers in the colon inflammations just like aspirin. It also has been found to help people with osteoarthritis, and other painful inflammations.

A great way to consume your daily healthy dose of ginger is by adding it grated in vinaigrettes or bread batters, or use some for stir fries, for example.

Turmeric is the yellow-colored spice in curry, which is known to contain curcumin, a strong anti-inflammatory substance, and a very powerful antioxidant which helps fight off diseases and aging of the body. Turmeric is also known to be beneficial for people who have mild Alzheimer’s as well as lower the risk of heart disease, arthritis and even cancer.

A great way to get your daily dose of turmeric is by eating it sprinkled on an egg salad or a use it mixed with yogurt as dip, as well as add to the rice or chicken meals when cooking.

Holy Basil is another herb which is considered sacred in India and has been used since ancient times as a natural cure for infections and for boosting the immunity.

This is not the regular Basil you may be imagining, and it helps reduce the growth of bacteria, molds and yeast in the human organism. Holy Basil causes an increase of certain immune cells in the blood flow, and also can help people suffering from high blood sugar levels, or anxiety or depression related to anxiety.

Sage is another natural herb which can improve memory and brain function, and as it was found out it can even help people who suffer from Alzheimers. The name Sage actually comes for the Latin “Salvare” which means savior, to save. A study found that sage extract given to people suffering from moderate or mild Alzheimer’s actually showed an improvement of the brain function, which according to the study team is due to the effect which Sage has on the breakdown of acetylcholine – the chemical messenger crucial for the brain, which drops in people with Alzheimer’s.

The capsaicin in Cayenne pepper is a great natural fat-burner. It boosts the metabolism and naturally reduces the appetite. This is why it is used in a vast number of weight loss products and supplements.

A study found that for people who do not eat spicy food, adding 1 gram of the red pepper in meals helped reduce the appetite and increase the fat burning processes.

Fenugreek is a popular natural libido and masculinity enhancer which is common in the practice of Ayurveda and has been used to resolve problems such as erectile dysfunction. Fenugreek is also known to have a great effect on normalizing blood sugar levels, and improving the insulin hormone function.

Last but not least is the good old garlic. Freshly minced or chopped or cooked garlic can be used to spice up a wide number of dishes including; pasta, pizza, salsa, meat and poultry meals as well. The garlicky smell comes from the allicin which the garlic contains. It is known to fight disease, common colds and leads to a general lowering of the blood pressure as well as for lowering the bad cholesterol levels in the blood stream.