Does cooking food at high temperatures pose a threat to our health?

Cooking at high temperatures (which is the main type of food processing today) has its benefits, including: making the food especially the animal-based food safer to eat or drink. High temperature cooking can also result in a better taste and flavor of the meal, it helps soften tough foods and breaks starch molecules into digestible fragments. Also, by cooking our meals we help prevent the ingredients in them from spoiling and can lead a boost of the energy which our bodies receive from the food.

But, the high temperature cooking is found to cause certain chemical reactions which may produce carcinogens and mutagens – compounds dangerous for the human health and the DNA.

Heterocyclic amines (HCA) are produced as a result of the chemical reaction between amino acids and creatines while cooking meat, and polycyclic aromatic hydrocarbons (PAH) are compounds which are formed by the incomplete burning of matter at temperatures higher than 200 C (or 392 F). The most concentrated sources include charred or grilled fish or meats. 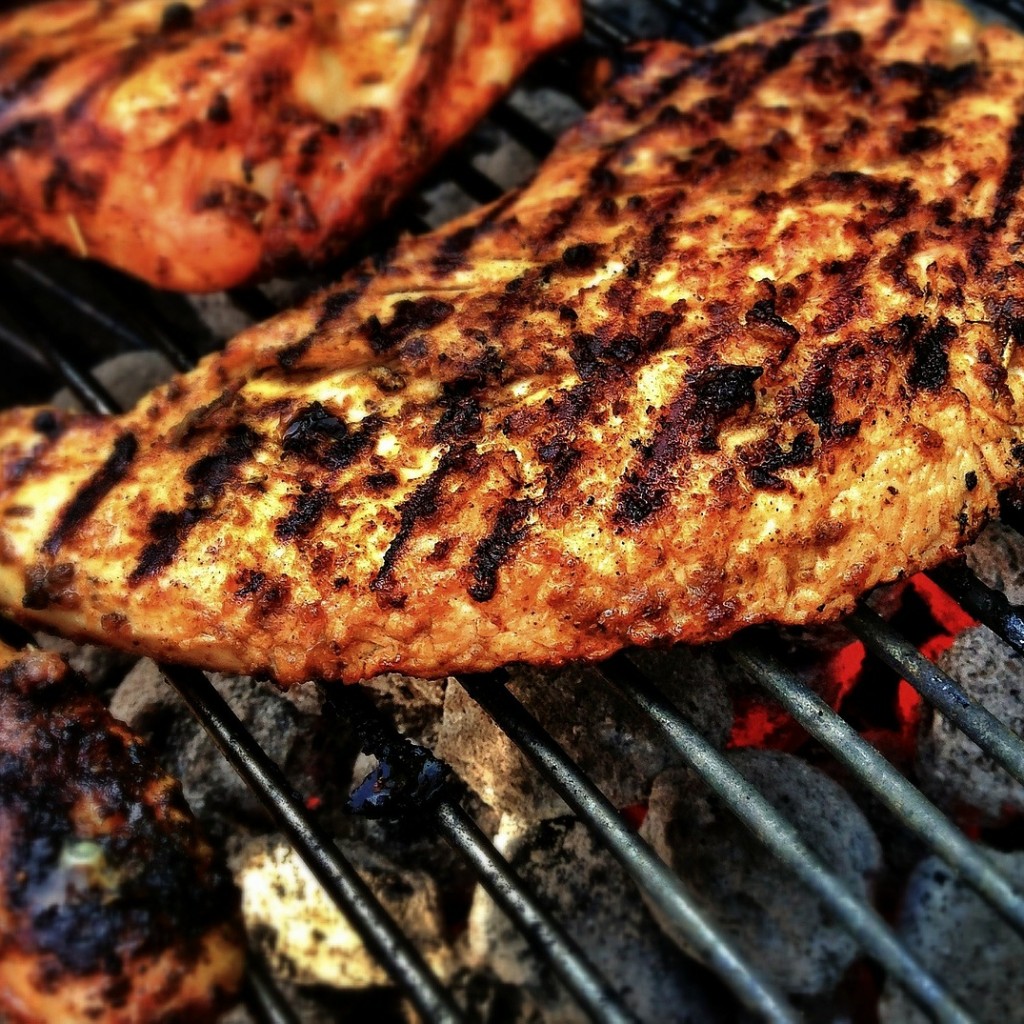 So, these are two types of compounds which do not normally exist in the food before it is cooked, or exist but in minimum quantities.

Rather they are produced only under certain conditions, such as a very high cooking temperature (starting from 212 F and up to 572 F), as well as the duration of the cooking (the longer the meal is cooked the more likely the harmful compounds to be produced). Other factors which matter include: the type of fuel used for heating, the fat content of the food which is being cooked as well as the distance of the food from the heat source (frying or grilling are more likely to cause the production of HCAs and PAHs than stewing and pouching, for example).

The HCAs cause cancer, by causing mutations in the DNA. There are more than 17 HCAs which are known to increase the risk of getting cancer. Even though these are associated with meat, you should know that the highest contents are found in processed meat products, barbecued, pickled or smoked meats, and not as much in the red meat as some believe. Also, certain animal products, including eggs, milk and organ meats have little or no HCA content after intensive cooking.

There are certain precautions which can be taken to reduce the production of these harmful compounds.

The first one is to pick your cooking methods wisely. Slower cooking on indirect heat, such as steaming, pouching or stewing are less likely to produce as much harmful and dangerous compounds, as will barbecuing, grilling and frying.

Also, try eating more plants, which contain only very insignificant and safe values of these compounds. It is believed that a vegetarian diet can help detoxify the organism from these harmful compounds. Certain nutritionists recommend that the healthy ratio is to eat at least twice as much plants than meats, and for better protective effect even three times the quantities of consumed meat.

Another harmful component which forms during high temperature cooking is Advanced glycation end products (AGE) which is caused by the Maillard reaction between sugar and proteins when high heat is applied. This results in the production of toxic and carcinogenic compounds during the process of charring a burger or chicken thigh on the grill, roast marshmallows, grill hot dogs and even microwave sausages.

The foods with the highest level of AGEs are: meat, butter, margarine, processed cream cheese, mayonnaise and refined oils.

The AGEs are known to have negative and harmful effect on the human cells, tissues and organs, which increases the risk of inflammations, kidney damage, cancer cell metastasis, atherosclerosis, insulin resistance and others.

The problem with AGEs is that people can’t stay away from them because they provide the delicious flavors to the foods. The way to reduce their production and lower the risk for your health is to cook at lower temperature and avoid processed and pre-packaged foods as much as possible.

The cooking method and temperature is crucial for the quantity of harmful AGEs which will be produced. So, for a lower consumption of AGEs try cooking at lower temperatures and try to use an indirect cooking method and boil, steam or stew your meat and food rather than fry, grill, roast or broil it. Also, avoid charring it, and when possible use more liquid (water, marinates or others) when cooking. This can reduce the AGEs by 50%.

Another toxic compound resulting from high temperature cooking is Acrylamide. This is a result of a reaction between naturally occurring sugars during the cooking process, starting from a cooking temperature of 248 F.

This compound is believed to increase the risk of getting cancer, of having reproductive problems, as well as to have a genotoxic and neurotoxic effect on humans.

So, in conclusion – what should you do to reduce the exposure to these dangerous and harmful compounds to the minimum? Obviously, be careful about what you eat, and reduce the consumption of highly processed meats and foods, plus stay away from potato chips, French fries, fast food burgers and meats, deli meats, commercial cereals, etc.

Also, as we pointed out above, try cooking at a lower temperature whenever possible, or at least use steaming, stewing and boiling more than frying, grilling and roasting.

Don’t overcook your meat, fish or any other food, and avoid charring it. 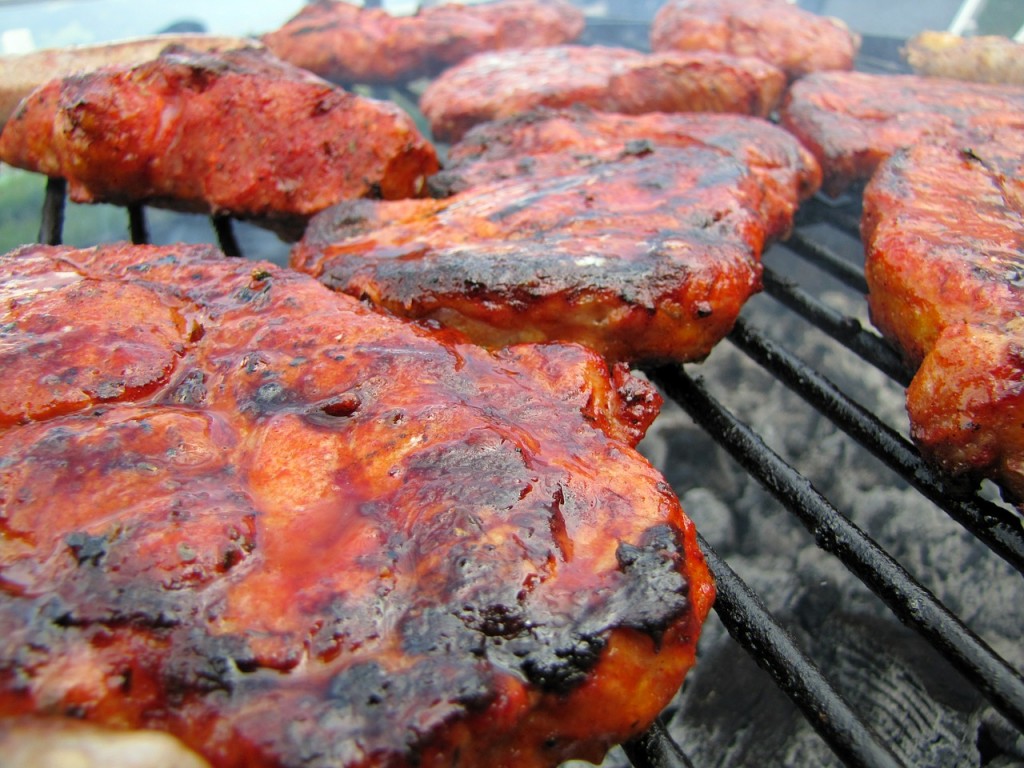