Sperm count is the concentration of sperm measured in a sample of semen. There is a definition for a normal sperm count provided by the World Health Organization, which gives the following guidelines: there should be at least 20 million sperm per 1 milliliter, or a total of 40 million in a 2 milliliters sample of semen.

Although sperm count is important for fertility, it is not just the number of sperm ejaculated that matters when trying to conceive a child. Rather, there are a number of other important sperm parameters, which need to be normal as well, if a man wants to father a child. These include: sperm motility and sperm morphology. 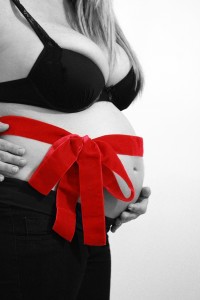 In fact, if a man has a lower sperm count than the abovementioned, this doesn’t make him infertile. Conceiving may take a longer time, some more careful timing of intercourses, certain dietary or lifestyle changes or in some cases – medical treatment, but it is possible, as long as there is living and healthy sperm in the semen.

So, it’s not only sperm count that matters, but it’s also the sperm motility, or in other words, the ability of the sperm to move and swim through the long and winding road to the fallopian tube where the egg is waiting to be fertilized. There are some men who have sperm which swims inward rather than outward, so another important factor is that sperm is swimming in the right direction too.

Another important sperm parameter for fertility is sperm morphology – or the shape of the sperm as well.

The longevity, health and endurance of the sperm are other important parameters to keep in mind when testing a man for fertility issues. Even if a man has a normal sperm count, it is important the sperm can actually move successfully to the egg and survive the journey, so that one can eventually reach and fertilize the egg.

The causes for low sperm counts can vary including: genetic conditions, health conditions, lifestyle choices, bad habits, being overweight, being over stressed, etc.

The ways to increase the production of sperm also vary, depending on the underlying causes. In some cases medical intervention will be prescribed by the doctor, but in many other cases men will be given some practical advice on ways to improve the sperm numbers naturally.

Another piece of advice for men who are trying to improve their sperm count is to quit smoking and limit the number of units of alcohol they drink to only two a day. Recreational drugs are also out of the question. There are in fact some prescription drugs, which can affect the sperm count and quality, so speak with your doctor if you taking anything which may have that effect.

Men who want to improve their sperm count are advised to lose any extra weight they may have and exercise regularly, but don’t overdo it, so that the testicles aren’t too stressed or exposed to too much heat.

Speaking of keeping those testicles cool, men with sperm count issues should avoid saunas, hot tubs, tight shorts and pants, so that the testicles can stay cool.

Men, who are working on conceiving a child should also try to relax, stay away from stress by choosing to do some meditation, yoga, tai-chi, or any other relaxation method they can think of. Stress can cause an imbalance of the hormones in the body and thus can hinder the proper production of sperm.

Changing the diet to a healthier one helps increase the sperm count as well. Men should try eating a high protein diet, with lots of fresh vegetables and whole grains, meat, fish and nuts. They should abstain from any junk food, processed food or soy-based foods, which are known to have a negative impact on the sperm count.

Also, choosing to have sex in the morning or during the day is recommended, because normally sperm count is highest in the morning.

Another tip to improve sperm count is to try out some of the supplements available, which offer a natural boost of sexual performance and fertility. Made entirely from herbs and other natural components, supplements, such as: Conceive for Him or XtraCum, are some of the best on the market. They don’t require a prescription, and have no side effects if the man is healthy and isn’t taking any prescription drugs, which may interact with the herbs and other ingredients of these supplements. These natural sexual enhancers are made of herbs, vitamins and minerals, which not only increase the libido but improve sperm count and motility too.