While many people today are skeptical about the “fad” for non-celiac related gluten sensitivity, there is a new theory which is gaining more popularity claiming that gluten intolerance could actually be much more serious than celiac disease.

In the last few years, the existence of non-celiac gluten sensitivity (NCGS) has been strongly refuted, and there have been a number of theories about what the condition actually was, but others claim that NCGS is a real health condition and that it could be linked to serious illnesses such as certain allergies, diabetes, autism and schizophrenia. 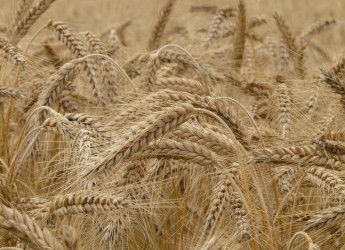 But unlike those who consider the non-celiac related gluten sensitivity as the latest fad, other have been arguing back that NCGS is a real health condition and that it is more serious than actual celiac disease because of the following reasons:

Their first theory is that even though more than half of the cases of celiac disease go undiagnosed, those who have NCGS are even more likely to remain without a proper diagnosis because of the lack of a universally approved test for screening for this condition.

There is a screening test for celiac disease involving testing for antibodies and a biopsy to the tissue to estimate any damage.

There is proof though, that some people have adverse reactions to certain components of wheat other than the alpha gliadin or transglutaminase-2 which are known to be the main cause of celiac disease. The problem is that the existing standard tests for celiac disease use these two components as antibodies. In actuality people may experience the effects of intolerance to some other component of gluten, which though will not become evident with such a test. This non-celiac gluten intolerance may lead to the “unlocking” of certain autoimmune diseases and other health issues if the person affected continues to consume gluten.

There are a number of other components in wheat which can cause reactions by a person who is gluten intolerant, and if the condition remains undiagnosed and unmanaged it could lead to some serious neurological, brain and skin conditions, as well as to other problems, some of which are long-term and serious such as multiple sclerosis, diabetes, Amyotrophic Lateral Sclerosis and others.

Unfortunately, because of the lack of standard testing, it is not clear how widespread the NCGS actually is, and how serious the effects of this condition really are. There have been speculations by some that this condition could be affecting 1 in every 10 people in the US.

Another problem with the NCGS is that the public and cultural backlash against people who eat gluten-free products, and claim to be gluten intolerant without having celiac disease is stopping a number of people from visiting a doctor to get diagnosed of this condition. Many people in their blogs and throughout the social media claim that this gluten intolerance condition is more of a fad and is not an imaginary condition. The backlash is so serious that there are actually groups of “gluten intolerance haters” who base their skepticism regarding NCGS mainly on a study from 2013 which found that irritable bowel syndrome was actually not caused from components of gluten, but rather by certain poorly absorbed carbs (FODMAPS). This study by Gibson et al. doesn’t disagree with the existence of NCGS, and it has been criticized and confronted with other findings that IBS patients do in fact have gluten intolerance.

One study which took place in Iran concluded that patients with IBS who continued eating a gluten containing diet expressed more symptoms after six weeks as compared to the group of people with IBS who had a controlled diet.

But then again, it is important to get the proper diagnosis, because the causes and the diet for people with gluten intolerance and with FODMAP intolerance are very different, and if misdiagnosed could lead to much more serious consequences resulting from continuing the consumption of gluten.

Another general problem with NCGS is that both doctors and patients tend to overlook this condition and don’t take the necessity of actually treating it seriously. This is caused by the lack of scientific information on this condition, the public backlash and denial of NCGS, as well as the lack of standard testing methods and diagnostics for it.

But even without common tests for NCGS, there is a relatively easy way to determine whether a person suffers from gluten intolerance, by placing them on a two month gluten free diet and then examining the results by testing the overall health.

Even if there is no gluten intolerance detected, going on a gluten free diet will improve the intake of nutrients, which will replace the breads and whole foods, which is just one benefit of trying a gluten free regimen.

Unfortunately, nearly 30% of the people who have celiac disease, also have an intolerance to a certain protein in milk – casein, so many of them could continue having symptoms of the disease even after going on a gluten-free diet.