Are you trying to start up a family? If the miracle of conception hasn’t occurred right after you started trying, well it’s a little early to begin worrying! In fact, only a lucky 40% of the couples succeed in the first 3 months of trying to get pregnant.

There are many factors, which affect the fertility of men and women, and their chances of conceiving a baby, so you may find it interesting to read on about some of the ways to improve your chances of starting on a family as soon as possible. 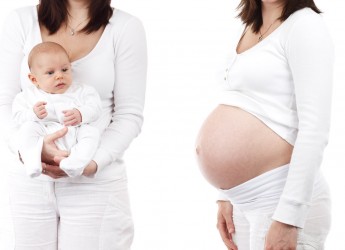 First of all, you need to make sure that you are having intercourse in the right time, thus when the woman is actually ovulating. Ovulation occurs approximately halfway in between menstrual periods, and it is during that short period of time (12-24 hours) that an egg is actually viable to become fertilized. The best case scenario is to wait for the exact moment of the ovulation, but what you might not know, is the fact that sperm can survive and fertilize a healthy egg even if you have had sex a couple of days before the actual ovulation.

There are various methods for determining when the woman is ovulating and whether she is in fact ovulating. Keeping track of your menstrual periods, watching for the signs of ovulation, which include: experiencing “middle pain” (the cramps indicating the fact that the ovary is ready to release the egg), increased basal body temperature, the position and feeling of the cervix as well as the quantity and consistency of the cervical fluid, which tends to increase and become more “milky” during ovulation. Fortunately, there are various great computer programs and Smartphone apps, which will help you easily, track all that data and calculate when your ovulation will occur. Another way to ensure you are ovulating is to use a simple home ovulation prediction test kit.

Well, now that you have ensured that you are ovulating, here are some other tips to increase your chances of getting pregnant.

For starters, it is a good idea for the man to abstain from ejaculating either by having sex or self-stimulation a day or two before you have sex, so that the sperm count can build up to an optimal value for the actual time during ovulation.

Having sex once during the ovulation is enough, and if you are lucky that one sperm will reach the egg at that right moment.

If everything is alright, you may be one of those lucky 40% of couples who are able to get pregnant as soon as a couple of months after starting to trying for a baby.

Some other tips for improving your chances of getting pregnant can seem less important but they definitely should be taken into consideration.

Not only the egg is important, but the quality and quantity of the sperm is crucial too for conceiving a child. So, men who are trying to conceive may want to make some lifestyle changes in order to ensure that their sperm is ready to fertilize their partner’s egg. 90% of the men who are experiencing problems with infertility are found to have low sperm counts.

One tip for improving male fertility is to eat healthy and sperm-boosting foods. Some of the notoriously famous super foods for boosting sperm production include: hormone boosting shellfish, such as mussels and oysters, dark chocolate as well as bananas, which are excellent resources of bromelain and Vitamin B, known to help improve the sperm quality and quantity. Adding asparagus to your daily diet will also help improve the quality and quantity of the sperm produced. Snack on some walnuts and pumpkin seeds for an extra boost on the sperm production too.

Please, note that most of these sperm-boosting super foods are high in calories too, so eat a balanced and healthy diet, in order to avoid gaining weight. Obesity is known to harm sperm production and can cause serious infertility issues both in men and women. This is why a healthy diet and some additional exercising is a good idea for the pair who is preparing to conceive a child too.

Men who spend most of the day sitting on the desk or couch have been found to have a lesser sperm count than those who lead more active lifestyles. Again, exercising should be done in moderation – the sperm likes to be in a cooler environment, and when the scrotum is exposed to too much heat (from tight underwear, clothes, saunas, etc.) it is very likely that a lot of the healthy sperm might die.

Another good tip is to try out some of those fertility boosting products available, such as Conceive for Him and Conceive for Her. Most of them are herbal-based, and will not affect the organism like the pharmaceuticals available, so you can easily try to improve your chances of conceiving a child by trying them out too.

Remember, stress is another factor which affects the hormones and the fertility, so try some yoga, meditation, or whatever makes you feel relaxed, because problems conceiving may cause stress to the couple, but stress will decrease their fertility.

Abstaining from drinking too much alcohol and from smoking is also known to improve your chances of conception.