Virgin olive oil is a key component of one of the healthiest food regimens – the Mediterranean diet.

It is a high-fat product but it is loaded with monounsaturated fatty acids which are known to lower the risk of heart disease, reduce high blood pressure and decrease the risk of suffering a stroke, as can be seen from studies performed on people who live in the Mediterranean region as compared to those who live in the US and in the non-Mediterranean part of Europe. This is the good and healthy fat type, as compared to the unhealthy and bad saturated or trans fats.

Olive oil is made from pressed fruits from olive trees which typically grow in Greece, Spain, Italy and other countries of the Mediterranean region. The olives are pressed whole to produce the high quality olive oil, which is popular throughout the world as a salad dressing, for cooking and for cosmetics too. 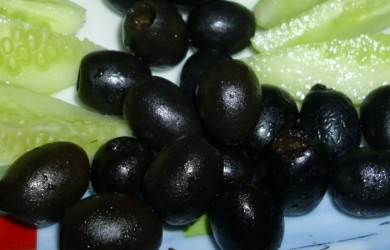 Greece uses the most olive oil per capita (24 liters per person annually) followed by Spain and Italy (with an average consumption of 15 and 13 liters per capita per year).

The studies which included subjects who live in these areas have found that in general people in the Mediterranean who consume sufficient quantities of olive oil have a significantly lower risk of dying as a result of heart and coronary diseases including: high blood pressure, high cholesterol and increased triglyceride levels in the blood, stroke, artery hardening, and thrombosis as compared to people from other areas of the world.

Also, this study showed that the regular intake of olive oil helps reduce inflammation as well.

Another study held in France concentrated on the effect of olive oil on the risk of suffering a stroke. It concluded that sufficient consumption of olive oil in cooked food or as salad dressing can actually prevent strokes in elderly people. The results of this study show that those subjects who used olive oil on a regular basis had a 41% lower risk of suffering from a stroke, in comparison to the others who rarely or never consumed this type of oil.

Another recognized health benefit of olive oil consumption is a lowered risk of depression, as compared to people whose diet consists of foods with mainly trans fats instead of the healthy unsaturated fat in the olive oil. A study from Spain found this other correlation in its subjects too. This particular study included periodic testing of the health of more than 12,000 subjects over a period of six years. The study actually revealed that the more foods with trans fats their subjects consumed, the greater the risk of depression.

Yet another study performed in Barcelona, Spain concluded that the regular consumption of sufficient amounts of good quality virgin olive oil could reduces the risk of developing breast cancer as compared to people who choose to consume other vegetable oils instead. The way this correlation works is a result of the signals which are activated by virgin olive oil sent to the breast tumor cells which actually causes a reduction of the oncogene causing the growth of the cell, DNA damage, and triggers changes in the protein cell paths causing the decline and death of tumor cells. On the contrary, corn oil actually was found to cause the growth and aggressiveness of breast tumor cells.

Another scientifically proven health benefit of olive oil is its effect on regulating the blood cholesterol levels. A study from Japan found that the LDL “bad” cholesterol was lowered in the bloodstream of the people involved in the study who were asked to take an olive oil supplement for a period of just six weeks.

The next health benefit which virgin olive oil has found to have is some extra protection against Alzheimer’s. A study based on the initial observation that the cases of Alzheimer’s among the population of the Mediterranean region were less than those in people living in the US and Northern Europe, was performed with lab mice. It was found that the oleocanthal in olive oil actually triggered the removal of the abnormal Alzheimer proteins out of the animals’ brains as well as from cultured brains included in the experiment. The conclusion was that regular consumption of olive oil can help prevent Alzheimer’s and dementia.

Another great health benefit which has been revealed from a study team from Tunisia and Saudi Arabia is that olive oil may help reduce the negative effects of oxidative stress in the cells, and this means lesser damage to the liver. The laboratory mice in this study were given potentially toxic herbicides and some of them were fed with olive oil extract, which protected them from more serious liver damage. The scientists heading this study concluded that this was another step toward proving that olive oil as the central ingredient of the Mediterranean diet has a wide variety of health benefits including the reduced risk of coronary disease and certain types of cancers, reduction of inflammations and an extra protection from cell oxidative damage of the hepatic tissue in the liver.

So, olive oil has so many health benefits, and doesn’t cause weight gain or obesity when consumed in normal quantities, but it is of key importance to choose the proper type of olive oil to be able to benefit from all the health effects it has. Real extra virgin oil is the best choice.